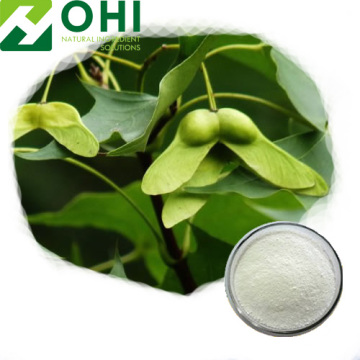 Acer Truncatum Seed Extract Nervonic Acid (24:1, n-9) is a fatty acid. It is a monounsaturated analog of lignoceric acid (24:0). It is also known as selacholeic acid and cis-15-tetracosenoic acid.

It exists in nature as an elongation product of oleic acid (18:1 Δ9), its immediate precursor being erucic acid. Nervonic acid is particularly abundant in the white matter of animal brains and in peripheral nervous tissue where nervonyl sphingolipids are enriched in the myelin sheath of nerve fibers.

In the same way, recent studies have concluded that nervonic acid is implicated as an intermediate in the biosynthesis of nerve cell myelin.

Initially discovered in mammalian nerve tissue, Nervonic acid now is found in many seed oil of plants such as Acer Truncatum and Malania oleifera.It is a monounsaturated omega-9 fatty acid and an important components of the muscles and the central nervous system and peripheral.Nervonic acid is recognized by various scientific researches the first and only material which can promote the repair and regeneration of the damaged never cells and tissues.Nervonic acid is an important ingredient in nervous cell membranes because it is vital in regulating the ion channels and receptors.

It is also used as a biomarker to predict who will suffer some psychoses. For instance, there is evidence of abnormal levels of fatty acids in individuals with schizophrenia. In particular, decreased levels of 24:1 are related with prodomal psychosis symptoms so it can be beneficial in the prevention and treatment of this kind of disorders.

This acid is present in the composition of aged eye lens, but it does not appear in normal eye lens. This data shows that we can use the presence of nervonic acid (together with heneicosylic acid and docosahexaenoic acid) as biomarkers of aging lens, which is the most vulnerable stage for cataract development. 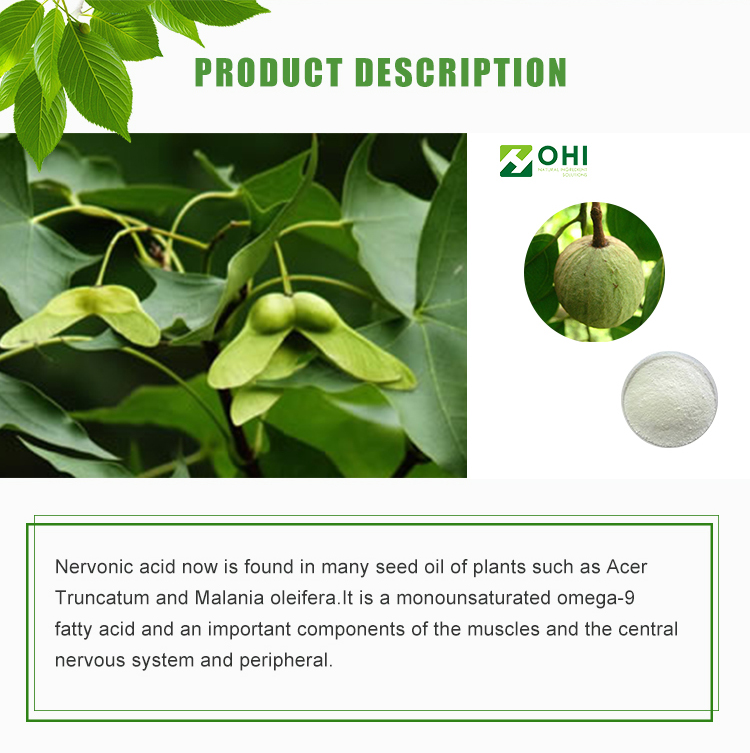 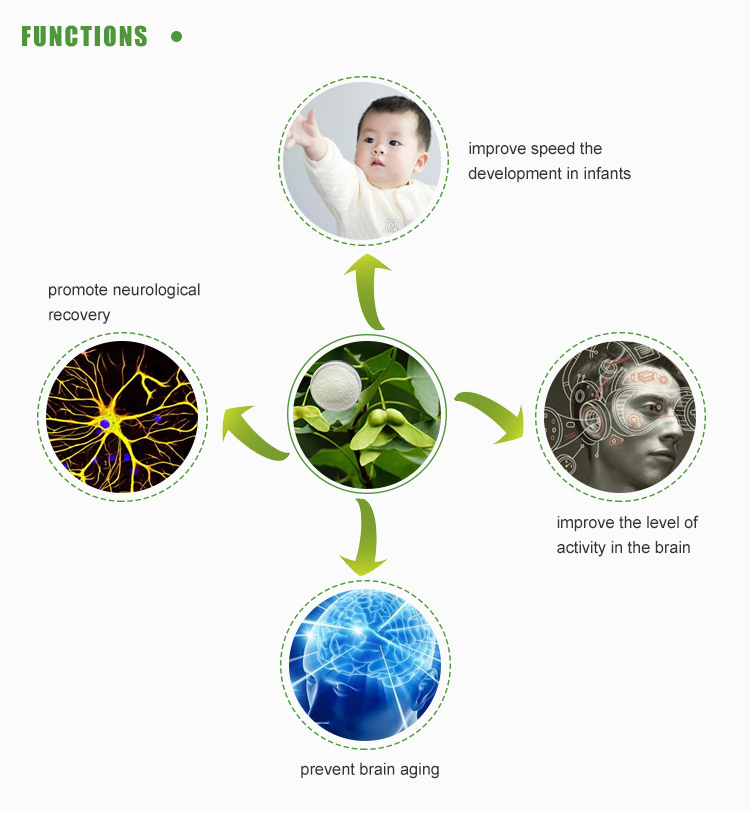 OHI adopts[ 100+quality system" ,confidently and proudly stands behind each and every product that we sell, and we pledge that we will always uphold the highest standards of safety for our customers around the world. passion, integrity, quality and innovation, the OHI hallmark and ethos you'll enjoy when you specify our product.

With the philosophy of[ bring nature to better life ", OHI has established a long-term friendly and cooperative relations with the most prestigious universities and private research institutions at home and abroad., also a reliable partner for chromadex inc, galena química e farmacêutica ltda, suntory ltd, naturex inc , unigen inc. ohi controls all the stages of manufacturing process, we vouch for the quality of our products for our customers, with the certification of ISO9001(CQC), Kosher, Halal, etc.