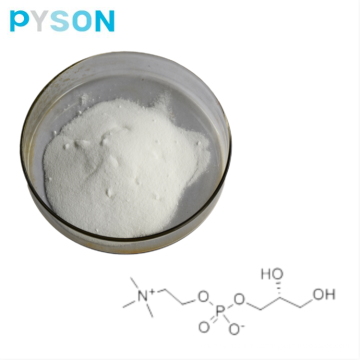 It is widely used in the field of pharmaceutical raw materials,food additive and nutritional supplement. 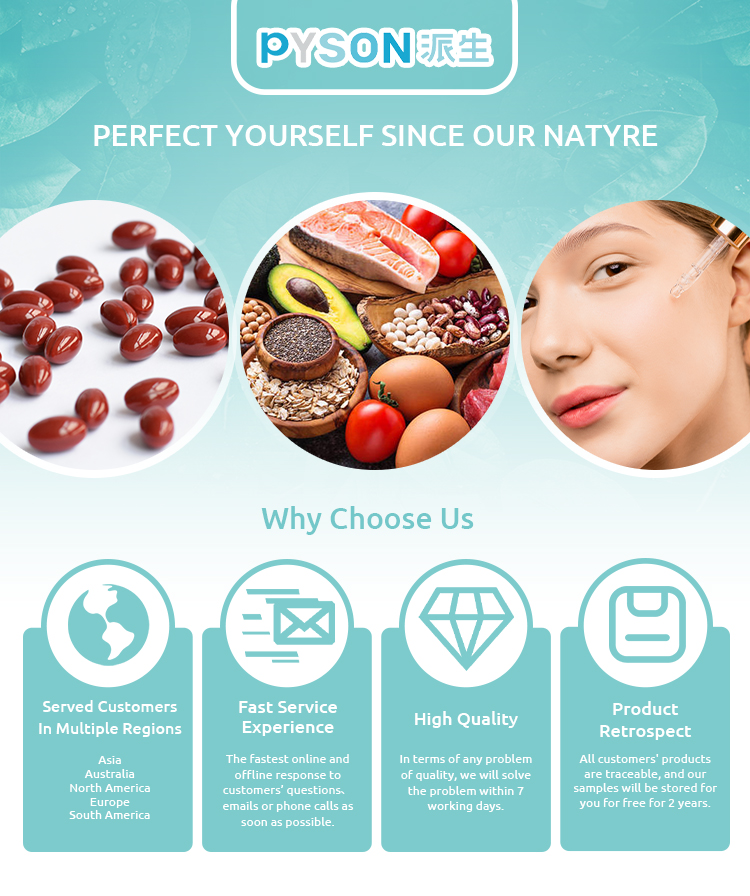 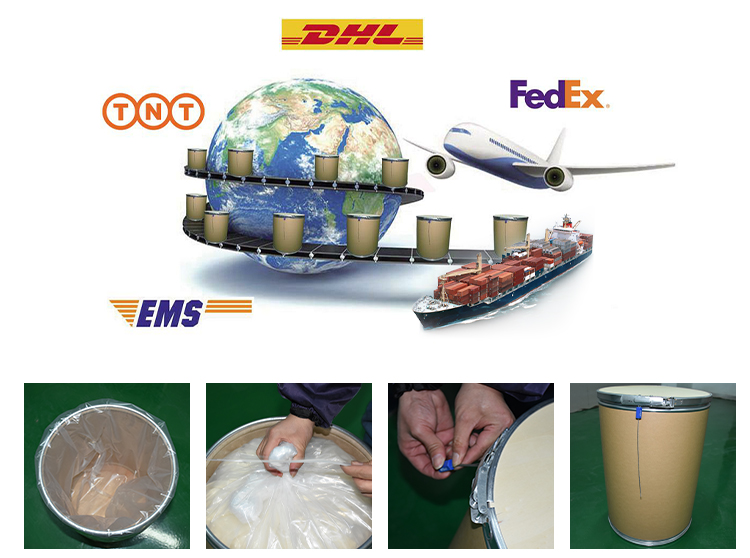 
Q2:Which kind of payment terms do you accept?
For small order,you can pay by T/T,Western Union or Paypal,nomal order by T/T to our company account


Q3:Can you give me a discount price?
Surely,It depend on your qty


Q4:How can i get a sample?
free samples is available,but freight charges will be at your account and the charges will be return to you or deduct from yourorder in the future.

Q4:How long will it take to make delivery?

Normally, we book the space immediately after placing the order and deliver the goods within one week.

We will keep samples for at least one year for each batch of goods, and we will send them to third-party organizations for inspection from time to time.

PYSON Co. ,Ltd. is a high-tech export-oriented enterprise that is a combination of technology, industry, and trade, and it has been devoted to providing natural plant extract of high quality for the clients.PYSON has passed the ISO quality management system and the Kosher Certification. Besides, we are going to apply for other important certifications, such as the HALAL, America`s CGMP, Chinese health food GMP, HACCP and the Management System of Food Security.PYSON mainly works on the extracting and separating of active ingredients from the natural medicines, especially the extracting from the anti-caner and anti-tumor ones, and works on their sales.Our Company can provide directed research and development and customized production of the natural materials and dietary supplements for our clients. Faced with severe challenges, such as the export of pharmaceuticals industry in China mainly depend on the import of the Active Pharmaceutical Ingredients, independent medicine brands are difficult to explore the international market, and so on, PYSON Co., Ltd. has been promoting Enterprise-University-Research Institute Cooperation and innovation work. It carries out the cultivation and studying of the raw materials during the manufacturing process of plants extract, makes repeated experiment for the extraction solvents, studies the harmful substance produced in the extracting process, and studies the stability of the effective ingredients in finished products and the deepened reform for the packaging of them.

Meanwhile, according to traditional Chinese prescription, PYSON is working on the extracting study of mixed Chinese medical herbs based on our clients` physical condition so that our clients can feel the advantages of Chinese medical herb.PYSON Co., Ltd. advocates development by credit in order for our clients to be able to get the best and safest plant extracts. Besides, we have reliable partners in Germany, UK, Poland, Romania, Malaysia, Thailand, the Philippines, Jordan, etc. Its [people-oriented" strategy has not only brought it good reputation in the plant extracts industry in China, but also has earned it good trust from the clients abroad.Our goal is to improve the backward manufacturing technique, establish a production line that is more scientific, more efficient and healthier, and provide our clients with healthy and effective products.